U14 Set for Donnybrook Sunday the 7th of May

U14’s in Donnybrook on Sunday Next

The happy campers on the Ashbourne RFC U14 hope to scale new heights on Sunday at Donnybrook (12.30) when they take on Coolmine in the U14 Leinster Metro Youth/Schools Final.

The lads have already won the North East League beating Ardee in the final at Navan.

All the best on Sunday to the lads and their dedicated coaching team of Paul Ennis, Alan Ward, Brian Grieve, Frank Keegan and Paul Mason and loyal bunch of supporters.

The lads are off to the East Coast Adventure Centre in Rostrevor the following week. 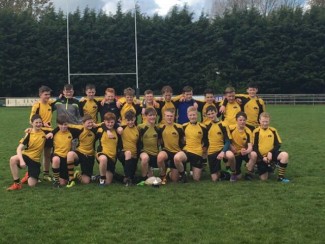