Ashbourne RFC was established in 1974 and since then has provided rugby at minis, youth and senior levels for the East Meath & Fingal community. The senior teams are currently very successful with the First XV competing in Leinster League Division 1A and have won the All Ireland Junior Rugby Cup in 2017, 2018 and 2019, alongtheu Provincial Towns Cup in 2014.

The success of Ashbourne RFC is based on the voluntary work of many people. Ashbourne RFC takes great pride in its minis rugby section and over the years many individuals have ensured that children from U6s to U12s in the Ashbourne and surrounding community can learn to play rugby football in a friendly, fun and safe environment.

Ashbourne RFC has been very fortunate in recent times to have been able to rely on the services of Rory McGovern who served as the mini rugby co-ordinator for several years while his three sons were playing.

Rory sadly died in May, 2018 and obviously is fondly remembered by his many friends at Ashbourne RFC.

Ashbourne RFC will commemorate Rory’s great work and have commissioned the Rory McGovern Memorial Cup, kindly sponsored by Flynn Management, which will be played for annually between Ashbourne RFC U13s and CUS, which was attended by Rory’s three sons.

The inaugural Rory McGovern Memorial Cup match will be played on Friday 27th September, 2019 at Ashbourne RFC kicking off at 7.30pm. We welcome everyone to come along to watch the match and see the quality of rugby being played by a team that have just graduated from the minis rugby section of Ashbourne RFC which Rory did so much to develop. 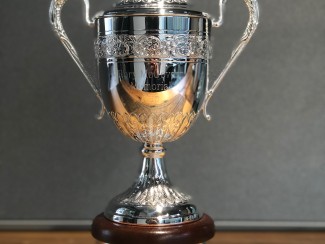