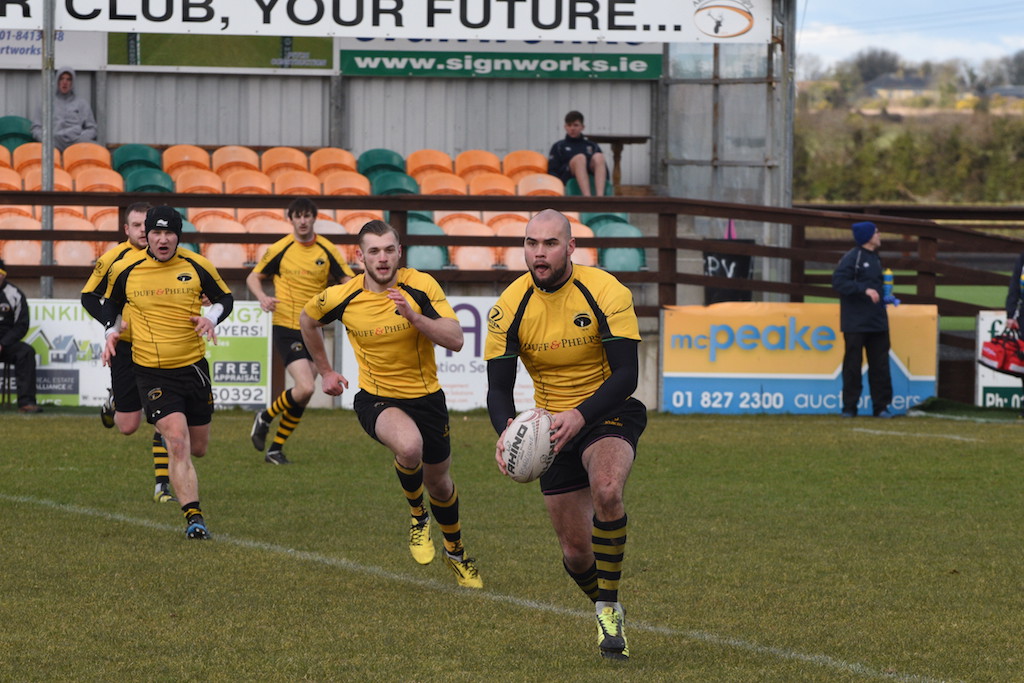 Ashbourne finished up another doubleheader win at Milltown on Saturday. This week it was Suttonians who offered opposition but Ashbourne was well up to the challenge in both 1st and 2nd games. The significance of the wins is that the first team had their highest ever placing in the Leinster League finishing 3rd in the province. The second team also secured second place in their league and again the highest ever finish. Great season long performances from both sides.

Suttonians came visiting, already relegated, but set about making a game of it and put the home side under pressure. They tackled hard and were making a decent game of it, but they fell behind early on when prop Alan Wall touched down in the left corner. Jeff Mahon, captain on the day, had a made a charge into the 22 on the right side. McNally recycled to Cramer and his long cut out pass was collected by Wall on the opposite side and touched down. Dunne was unlucky with the kick.

10 minutes later Matt Connolly scored his first league try for the first team when a Kennedy turnover put Connolly down the right side and outpaced the cover to score a lovely try. Though reduced to 14 men when Jake Wall was sent to the bin, unfortunately for the visitors Ashbourne had an appetite for more and Simon Deevy was at his elusive self for the first of his two tries. From a lineout on the right in their own half Ashbourne hooker Norton found James Rooney and his ball from the top went straight to McNally. Kennedy received the ball and reversed the ball to Deevy coming at a angle on the halfway line. He broke the cover and weaved his way through the cover to score under the post and Dunne converted.

The bonus point try was achieved before half time when runs by Deevy and Kennedy set up O’Neill score for another converted try. Ashbourne turned at the break leading by 24 points to nil.

The second saw Ashbourne score three more tries with Suttonians responding with one of their own. First up was another run by Deevy 8 minutes into the second half. Another Norton Rooney line out again found Jake Wall who set up the maul. Alan Wall broke right and when stopped it was recycled to Deevy who first tried the left side but reversed and went right to score to the left of the post. Dunne converted.

Ashbourne emptied the bench and all 5 subs were introduced. Toolan came on at 10, with Kennedy moving to scrum half and McNally reverting to 15. A ball from the base of a scrum from Kennedy found Toolan breaking left into the Sutton defense and when he passed left he found McNally who raced over the line for a try. Toolan converted the try and Ashbourne now lead by 38 points to nil.

Suttonians broke back with a well-taken try covering the length of the field but failed with the conversion. Mark Rooney replied quickly when he broke from the halfway line. He was stopped and when the ball was recycled through a number of phases it back right and McCaghy put Rooney over to finish off the move he started. The final score came from Gavin Kennedy when he followed up his own kick to touch down for a final score of 48 points to 5 and nice way to finish the league campaign.

Ashbourne 2nd XV ran out easy winners as well. Having got a fright at the start and going down to an early unconverted try but soon settled down to run in 8 tries and 5 conversions to run out winners by 50 points to 5. The try scorers were Kelan Toolan x 2 tries, and Jack O’Brien,  Dan Cahill, Mark Norton, Shane Keogh, Shane McNulty and Connor Meehan all added one try each. Toolan added 5 conversions. 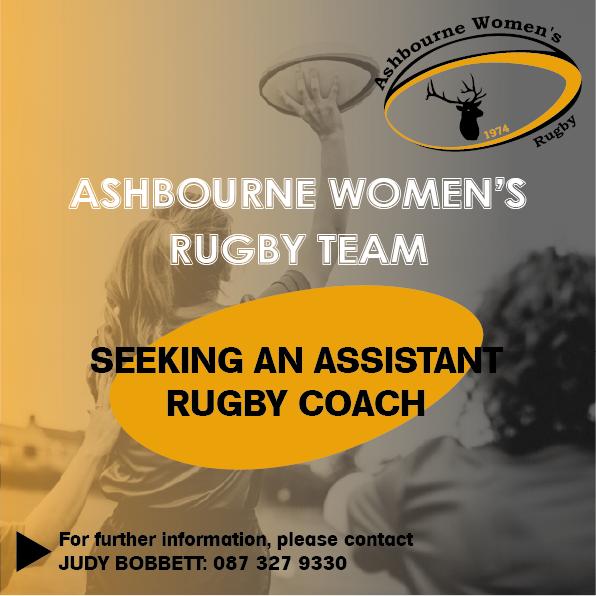 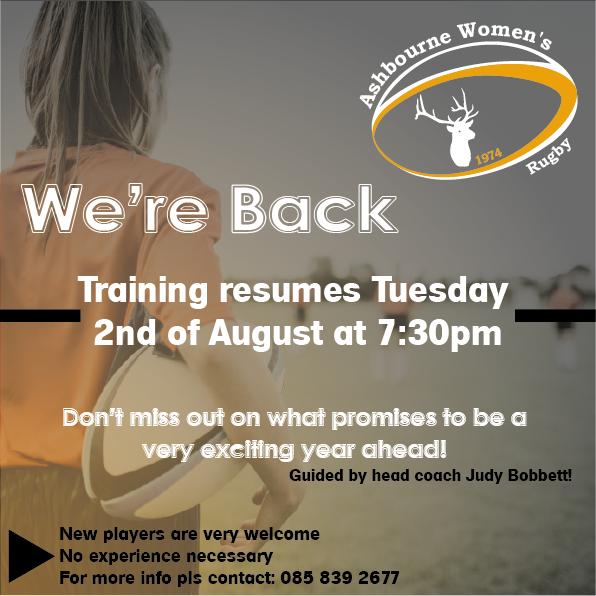 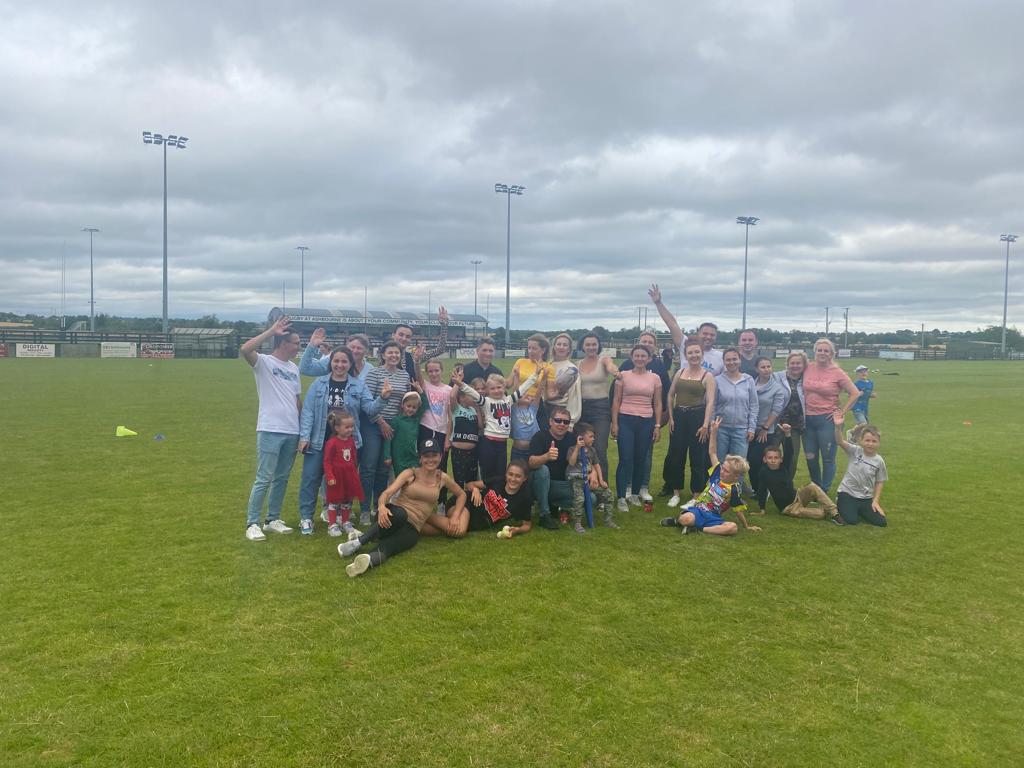 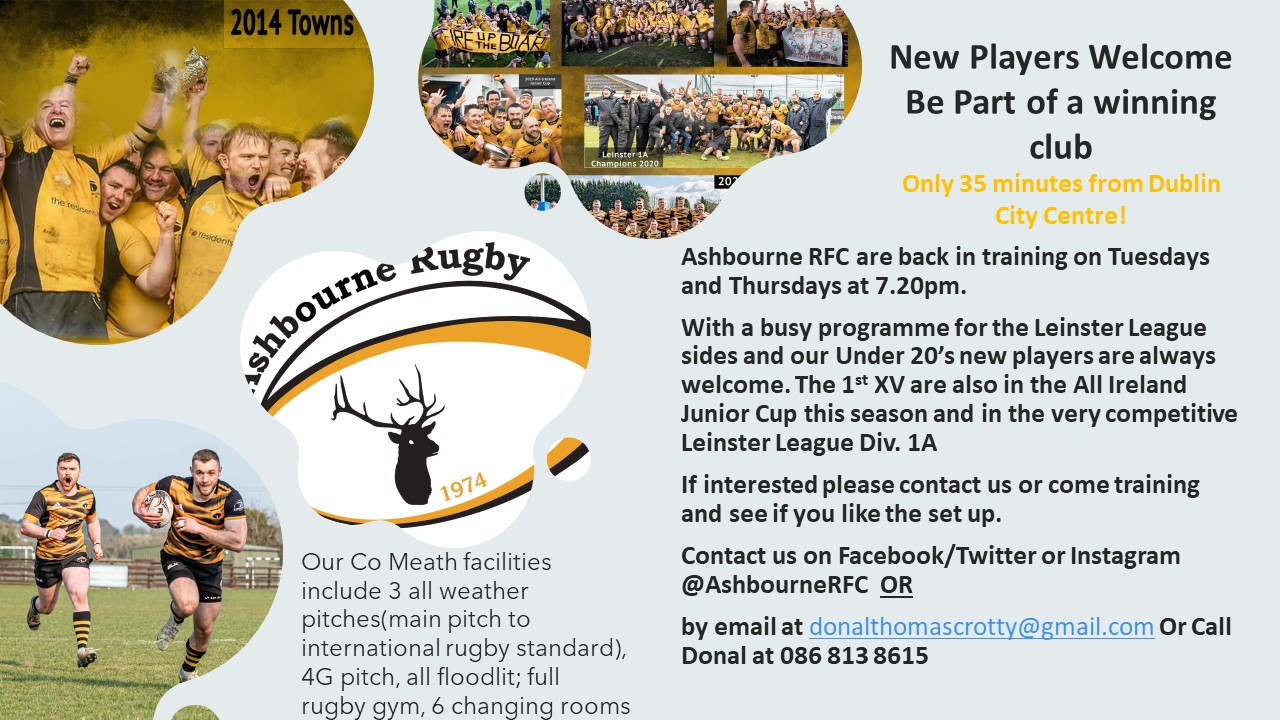